Once upon a time, a railway line passed through a dense forest. The railway signal was fixed near a tall tree on which a big monkey lived. He observed a dark-coloured boy in vest and shorts approaching the railway station anxiously. The boy with tangled hair sat at the station with his neatly tied pile of newspaper. Very earnestly he took out a newspaper and began reading it thoroughly. As soon as he heard the roar of the train, he stood up alarmingly and after its arrival went inside quickly to distribute the papers.

The big blonde monkey was amazed to see such an ardent desire in a poor boy to study! The monkey secretly started admiring the fellow ad witnessed the hard-working boy’s struggle daily. After a few days, when the boy was absorbed in reading the newspaper, the monkey went close and sat beside him.  The diligent boy was so engrossed in reading that he hardly noticed his presence until he was patted by the monkey childishly.

The boy casually turned his head and was stunned to see a monkey standing like a gangster in front of him! Cold sweat ran through his spine, hairs on his arms raised in fright and he couldn’t even utter a single word. The monkey suddenly held his hand tightly and took him to a side where no one could spot the two figures. The boy was literally gaping at this strange monkey. “How manly he looks!” the boy wondered. To his utter amazement, the monkey  could even talk! The monkey greeted the boy and said,

“Hello dear! Oh please, close your mouth. You are looking at me as if I’ve just descended on earth from Mars!” the boy shook his head madly and pinched himself to check if he was on earth! But the monkey answered all the questions haunting his mind. He revealed to the boy that he was an Easter Monkey!!!  and could talk, walk, dance and read. The boy was utterly astonished to believe such an incredible truth but with the splashing waves of time, their fortunate fate made them surf together in the sea of world making them gradually constant companions. Both of them were lonely in this merciless world and were struggling to meet the ends. But when they became friends, their life became less monotonous. They enjoyed talking to each other and shared their experiences and thoughts without any hesitancy under the shimmering moonshine or in the sunlit woods!

One day it so happened that the Easter monkey in pursuit of helping his friend went into the city and romped home with some stolen money and jewels. He presented the treasure to his chum and waited for thanks but that thanks didn’t come. The boy instead of being grateful scolded the monkey bitterly and commanded him to return the money to its true owner. The monkey did so reluctantly but he felt the string of their friendship was broken. He decided to leave the boy and went far away. Once again, the two found their lives gloomy and meaningless! There was no scintilla of happiness and excitement.

But soon as the wheels of time rolled by, the monkey realised his mistake and like a true friend , he returned to the boy and earnestly apologised. The boy didn’t say anything. He  just gazed lovingly into his chum’s eyes and hugged him amicably. The pearl-like tears that flowed from their eyes washed away all their sins and the two started dwelling their lives peacefully and happily!!!

Hello friends. I am Bhavya Malhotra. It's a pleasure to meet you all virtually. I'm just a little bud who will fortunately blossom into a flower some day but will always retain and would carry within her, her spontaneity and childlike humour and innocence. Hope you'll enjoy the stuff this munchkin would provide you for your edification. I'll keep uploading my views and stories over here if possible weekly. So I hope you're there to bless me and wish me all the best! Thank You! View all posts by bhavyascreativecorner

3 thoughts on “Encounter with an Easter Monkey!!!🐒” 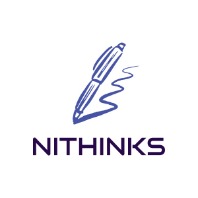 Wherein is presented particularly what I saw, how I felt, what I understood; what troubles I had borne (for the sin of not believing); the temptations (some of which I still fight with)....